As expected, Peugeot is presenting the new 2017 model of Peugeot Metropolis during EICMA show in Milan. Official release is still to come, but thanks to our friends from several Italian and French blogs, we can present the new features already!

A year after Piaggio, now Peugeot is introducing the latest generation of Continental ABS (Anti-lock Braking System) to prevent wheel lock during braking, allowing for smoother and more controlled stop. Together with bigger front braking discs (230mm vs 200mm in 2013 model) and altered front and rear braking system, it supposedly shortens the braking distance by 23% (at 50 km/h), when compared to conventional SBC system of 2013-2015 models.
ABS is coupled with the new TCS (Traction Control System), which is meant to prevent rear wheel spin during accelerations. There are 3 settings of TCS available, Off, Urban and Sport (Urban being default at engine start), so everyone can fine tune the traction to their preference.

Our note: A strange (and yet unconfirmed by Peugeot) change is that combine braking (SBC/Syncro Braking Concept, where front and read brakes are automatically applied together) can now only be activated by foot pedal and not the left brake lever. That would mean the levers have become more logical (one for front and one for back, both connected to ABS/TCS), but in order to use combine braking you’d have to use both levers at once.

Front wheels finally have become bigger and are now 13 inches high with Michelin City tires. Rear wheel is unchanged – 14 inches. The suspension is also redesigned, being stiffer according to some and more comfortable according to others, it offers more adjustment and customization possibilities than before.

New (and Peugeot being first to introduce it on motorcycles) is the emergency braking warning lights system. The system automatically activates on speeds above 50km/h. When deceleration exceeds 6m/s, rear warning lights give a separate light warning to the traffic behind Metropolis to warn them of the emergency braking. We still have to see the pictures of it or to see it in action.

12V socket has been replaced by USB, dashboard has been redesigned (“in style of modern 4-wheeled Peugeot cousins”, we’re still waiting for pictures), 2 Smart keys are now standard (instead of 1 Smart key + 1 Emergency key) and (unconfirmed) once again redesigned bigger trunk.

But besides introducing new models Peugeot is still going to offer the original 2015 model with 12″ wheels and SBC (no ABS) at reduced price.

So, starting from January 2017 the lineup would be:

We are still waiting for few pictures from EICMA, so more news to come…
Meanwhile – feel free to leave your comments and thoughts!

Here are some more pictures for your enjoyment, thanx to BLOGO.it for providing them. 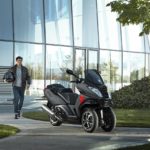 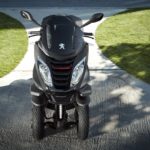 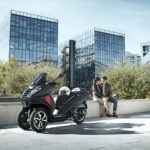 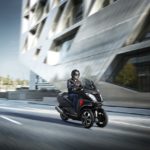 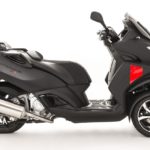 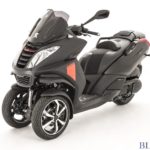 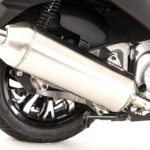 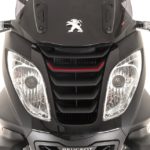 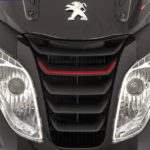 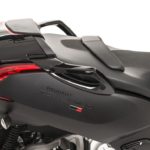 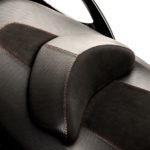 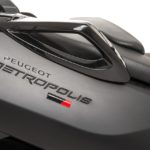 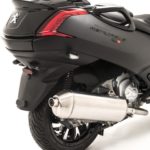 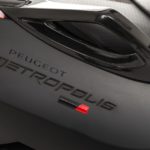 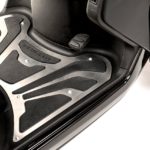 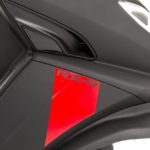 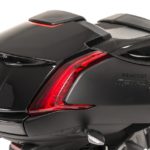